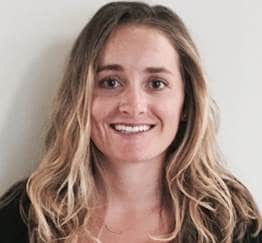 Anna holds a Bachelor of Arts in Communications from the University of California, Davis.